This guide is a WIP. I've become quite into entering and judging activity shows. You can learn more about them on Petz Activity Shows. The craft of judging pose shows is quite well established. But how do you judge trick or agility shows? It's a bit more difficult since it's not about doing a particular pose. There is a lot of variety. By nature this type of judging will be subjective to some degree, but I hope this guide will give more of an idea of what I look for.

What I Look For

I really look for two things

I typically arrange the photos on a board and rank them best to worst.

This is the rubric I use, with Batgirl doing the hoop jump for agility as an example

Batgirl is about to jump through the hoop, but this picture doesn't even show the hoop. She's not jumping. This picture is funny though. 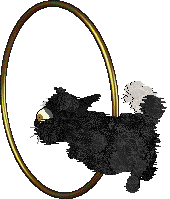 Batgirl is technically jumping through a hoop here, but the picture catches her at an awkward moment. She's barely demonstrating a jump. 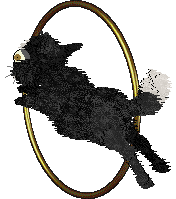 Another where Batgirl is technically jumping through a hoop, but it doesn't really show her at her best. She's facing away from the camera. It's not a very good picture in general. It looks strange and awkward. She doesn't really look like she made a successful jump. 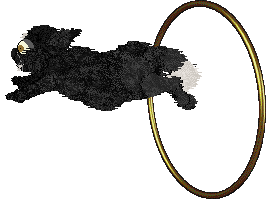 Batgirl is showcased mid-jump. She is in an enthusiastic leap through the hoop and the picture showcases that. In this picture, Batgirl looks more confident than the "good" one. Her facial expression seems more enthusiastic. The jump looks more graceful and balanced. The pose shows off her athleticism.

Of course everyone has their preferences. Like some judges might think the leap in the "Good" Batgirl picture is the paragon of good hoop jumping. And with Batgirl just the way her face looks can be a challenge since sometimes she looks horrified when she's happy. Haha.

Is she even doing a trick? I can't tell.

She is doing a trick, but I can't really easily tell what trick it is from this picture.

I can easily tell this is the "Circle Jump" trick. She looks slightly uneven though.

Now here it gets more subjective. This is also clearly "Circle jump" but to me she appears more athletic and balanced.

But in general I'm not sure this is the best trick for her. I usually use the "Speak" trick when I enter her in trick shows. I think "Speak" really showcases her personality and best traits better than the "Circle jump."

However, I think her neck looks a little strange. So I might try to teach her some new tricks that are a bit more flattering. Tricks is about training, getting a good picture, and choosing the trick that looks best for your pet.

The mouse isn't in the picture. Her eyes are also closed.

It looks like she's about to balance on the mouse, but the picture caught her in an awkward moment.

This is pretty good. She looks engaged and ferocious. She's showing off the mouse she caught. BUT see the excellent example for how it could be better. 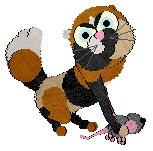 This picture is almost the same as the "Good" one but is just a better shot since it shows both ears.

This is a WIP as cat frisbee shows are new. Featuring Gatsby.

Cool shot but he did not catch the frisbee

He caught the frisbee but otherwise this is pretty mediocre. It doesn't convey much action and doesn't show off Gatsby very well

A better shot of the catch above. You can see more of Gatsby.

This is slightly awkward but I think that's balanced out by the enthusiasm, action, and athleticism that this picture conveys.